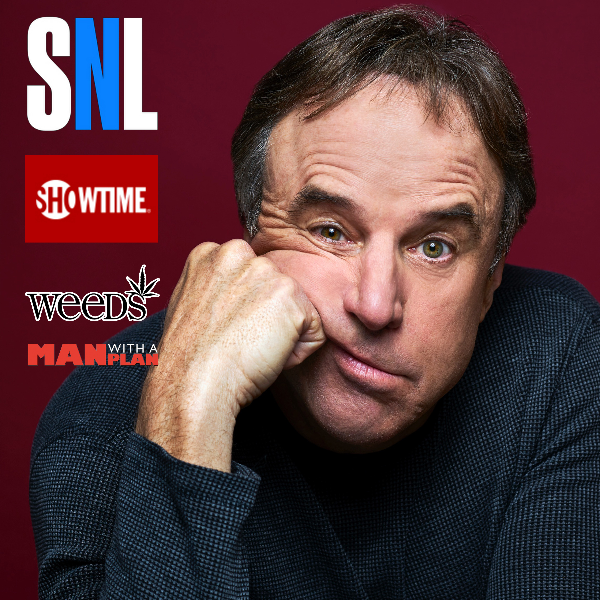 Kevin Nealon sets himself apart from other comedic performers with his unique sense of humor, dry wit and likeable demeanor. Nealon is best known for his nine-year stint as a cast member of NBC’s Saturday Night Live, and has received critical acclaim for his role in the Showtime series, Weeds. Starting in October of 2016, Kevin will be seen as one of the stars on the CBS-TV comedy series Man With A Plan.

Weeds, which recently completed its eighth and final season, has been honored at the 2006, 2007 and 2009 Golden Globes with nominations for “Best Television Series Comedy or Musical.” In 2007 and 2009, Weeds was nominated for the Screen Actors Guild Award for “Outstanding Performance by an Ensemble in a Comedy Series.” In the show, Nealon portrayed a stoned accountant and business advisor.

On the big screen, Kevin starred alongside Adam Sandler and Jennifer Aniston in Just Go with It, a film about a man who enlists the help of his receptionist and her kids to land the woman of his dreams. In the film, he portrays one half of a plastic-surgery-obsessed couple. Just Go with It grossed over $30 million in its opening weekend and over $214 million worldwide. Kevin also starred recently with Sandler and Drew Barrymore in Blended.

In 2010, Nealon completed work on the film And They’re Off, a comedy centered around a failed horse trainer who desperately wants to be back in the winner’s circle. Sean Astin and Martin Mull also star.